The study cites below finds that photobiomodulation therapy increases the speed of information processing and enhances brain function. We now have more evidence that it reverses dementia and is a viable therapy for persons diagnosed with Alzheimer’s.

Transcranial photobiomodulation (tPBM) with near-infrared light on the human head has been shown to enhance human cognition. In this study, tPBM-induced effects on resting state brain networks were investigated using 111-channel functional near-infrared spectroscopy over the whole head. Measurements were collected with and without 8-minute tPBM in 19 adults. Functional connectivity (FC) and brain network metrics were quantified using Pearson’s correlation coefficients and graph theory analysis (GTA), respectively, for the periods of pre-, during, and post-tPBM. Our results revealed that tPBM (1) enhanced information processing speed and efficiency of the brain network, and (2) increased FC significantly in the frontal-parietal network, shedding light on a better understanding of tPBM effects on brain networks. 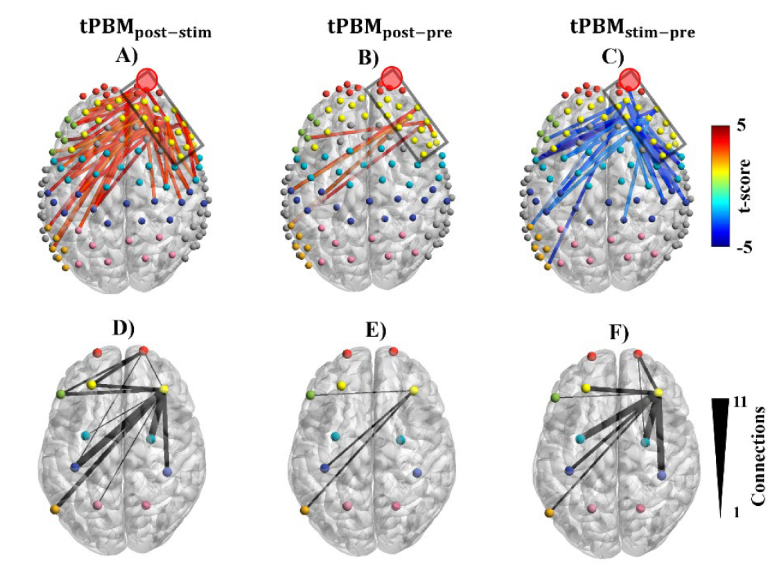